Though I’ve never been particularly camera shy (shooting with Terribly Girly is one of my favorite hobbies), I was singing a different tune back in November of 2009 when the realization hit that my wedding photos would be around for possibly longer than I would. Tony and I opted to do without a videographer, so pictures are all we have to remember our special (and quite expensive) day. Enter Rodrigo Varela – a man who’s captured the likes of Jay-Z on film and regularly shoots events like the Latin Grammy Awards, but had no problem making my husband and I feel like celebrities with images to rival those in any upscale wedding mag.

Recently, I had the pleasure of spending another day with Rodrigo, this time behind the scenes of my sister’s “quince” photo shoot. Watching him work is inspiring as he shudders at the mundane and makes it a personal goal to never duplicate any shot he’s previously produced – a challenge even for this experienced photographer considering the Biltmore is a common choice for brides and quinceañeras alike. I only have a few images to share but the sneak peak he afforded me assures me he’s triumphed yet again. I can’t wait to see the final product. For now, I’m including some of my own (very amateur) pics of the energy and effort it takes to make one princess stand out from all the others.

Some images from the quince shoot: 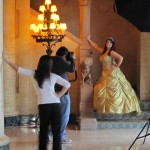 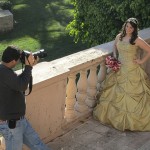 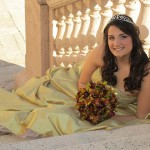 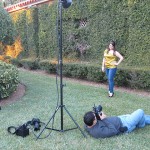 A few of our favorite wedding photos: 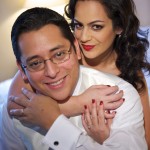 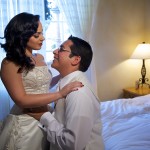 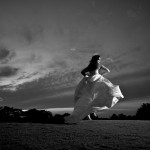