The thing about beer is that I didn’t really appreciate it at all until I met my husband. I hate to admit it, but I’d often turned my nose up at even the finest brew before Tony introduced me to IPA’s. My love of brut champagne made this my go-to flavor. It’s been quite the happy marriage on both accounts ever since. Which brings me to today’s post in honor of Father’s Day. I don’t often have guest bloggers, but when I do, I make sure they’re experts on their subjects. And few people are bigger experts on beer than my friend MP.

We recently attended the opening of the Funky Buddha Brewery in Oakland Park, which inspired a post I thought would please my beer-loving husband on his first Father’s Day. Today, MP has lent me his encyclopedic knowledge of beer to bring all you ladies up to speed on what you need to know about the frothy stuff and what you can try next time you’re out with your beer-drinking counterpart. Hope you enjoy it. And Happy Father’s Day to all the great dads I know. Cheers to you on your day.

P.S. Just wanted to note that I certainly don’t mean to imply that all women are ignorant about brews and the like. I know there are plenty of ladies out there who are quite well-versed in all manner of topic related to beer. To those women, I offer a toast to your knowledge and only wish I’d been enlightened sooner. Xx – Alicia

P.P.S. Check out the pic of the Most Interesting Man in South Florida and the street style shots at the end of the post. I’m all about those leg warmers in a non-ironic way. 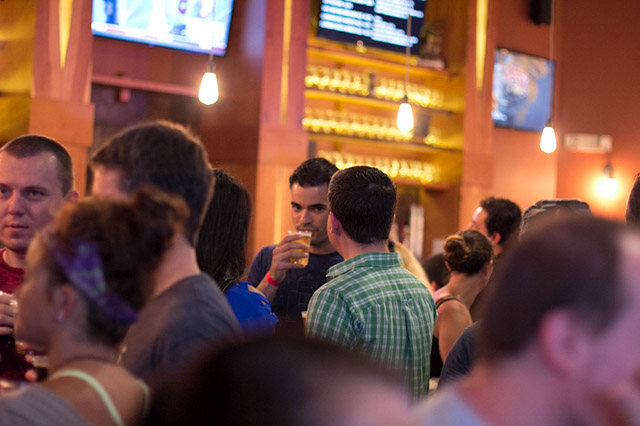 Beer. What is it? Besides being tail-gating fuel, beer is actually the third most consumed beverage in the world. While we may not realize, beer is a world filled with varieties dating back centuries. There is a beer for every one woman, and I hope this guide serves as an introduction into the wonderful world of beer.

First, beer is essentially broken down into two categories: Ales and Lager. Without getting into the science behind it, the difference between the two is that lagers are made in colder temperatures which typically results in a cleaner, crisper taste when compared to traditional ales. 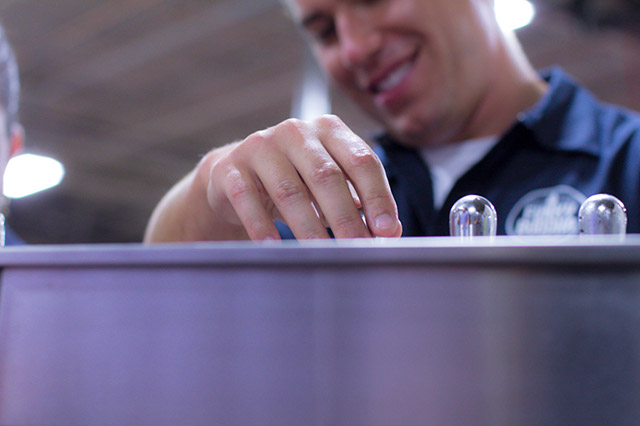 ALES
Blonde: Ranging in color from straw to gold and with a light to medium hop profile, these ales will be most familiar to the traditional American lager drinking gal. With the solstice just a week away, many breweries have all released their summer beers, many of which are blondes. Popular examples include Victory’s Summer Love and Narragansett Summer Ale (16 oz cans are perfect for South Florida) as well as the famed Kölsch style from Germany’s Köln (Cologne) and now brewed in the US as well.

Wheat Beer: If they aren’t blonde, then the rest of the summer beers rolling in are wheat beers. You will find Samuel Adam’s Summer Ale or Bell’s Oberon Ale on tap at your local watering hole. A plethora of beers are made with wheat, but of particular interest are the Germany Hefeweizens. Often, these beers have banana-ness to them with a clove and vanilla taste any girl would love. The standard in the category are the beers of Weihenstephaner: The world’s oldest brewery.

Pale (including IPAs): Amber to copper in color with an emphasis on hops. This is the classic ale style, with the iconic Sierra Nevada Pale Ale and others leading the country’s original beer renaissance. Included in this category are India Pale Ales, the most-entered category in the mac daddy of beer competitions: The Great America Beer Festival. Stone’s IPA = paradigm. 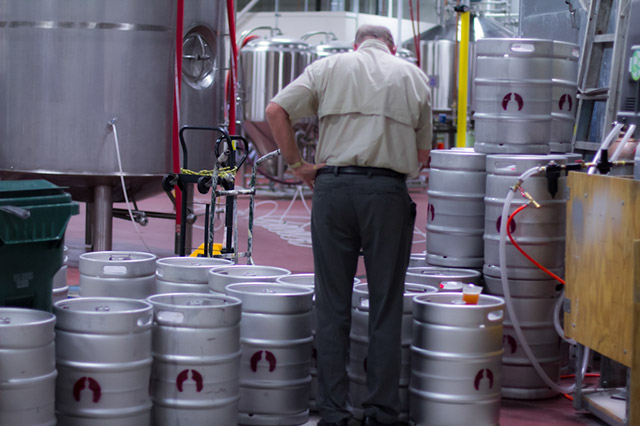 Strong Ales & Barleywines: Kind of like the big brother of ales, these guys pack a punch with high alcohol content and bold flavors. In case you’re wondering, yes, you can drink Barleywines fresh or age them along for further maturity and complexity.

Porters & Stouts: Don’t be afraid of the dark, ladies. These beers have great taste, with coffee and chocolate commonly present. Some are lighter on the body, but emphasizing the hops is Smuttynose’s Robust Porter as an excellent example. Or, if you want more body, taste and alcohol the Imperial varieties are right for you with Southern Tier’s Crème Brule being dessert in a bottle or North Coast’s Old Rasputin representing Russia(n Imperial Souts).

Belgian: While I do love Belgian chocolates, it’s beer that puts Belgium on the map. Famed for the monasteries and Trappist style of beers, these guys make so much of it they get their own category. Of particular interest are the quintessential Delirium brand of beers and the fruity lambics. (Lindermann’s Framboise with champagne is your new Sunday brunch beverage.)

Next week, tune in for an introduction to Lagers. 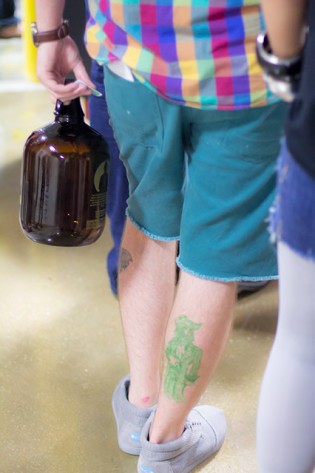 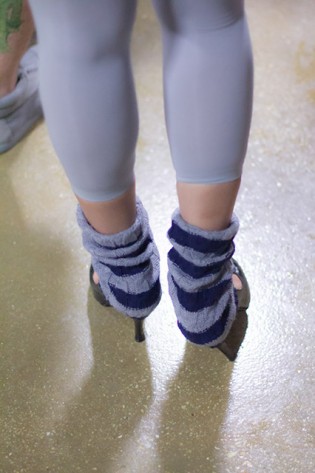