Before wrapping this blog up for good, I had to do one last thing: I couldn’t close out without wishing Chef Ryan Martin and 180 @ The DRB an awesome first anniversary.

You’ve probably already heard of Chef Ryan and his food because he’s been incredibly hard at work making a name for himself and living up to that fresh tattoo he’s boasting on his right arm that reads “Gastronomy Redefined.” (Yeah, guys, he’s serious.)

I had the honor of sitting in a menu preview of his latest concoctions and have to admit that even after several visits (Tony and I have basically become groupies), the flavors in these dishes are still ready to surprise you with unexpected pairings (Twix and bacon powdered sugar? How on Earth? And thank you!). So below, enjoy a look at his latest creations and then make a beeline for his first anniversary, coming up on September 2nd where your first draft beer is on the house. Cheers, Chef, and thank you for the awesome cuisine. 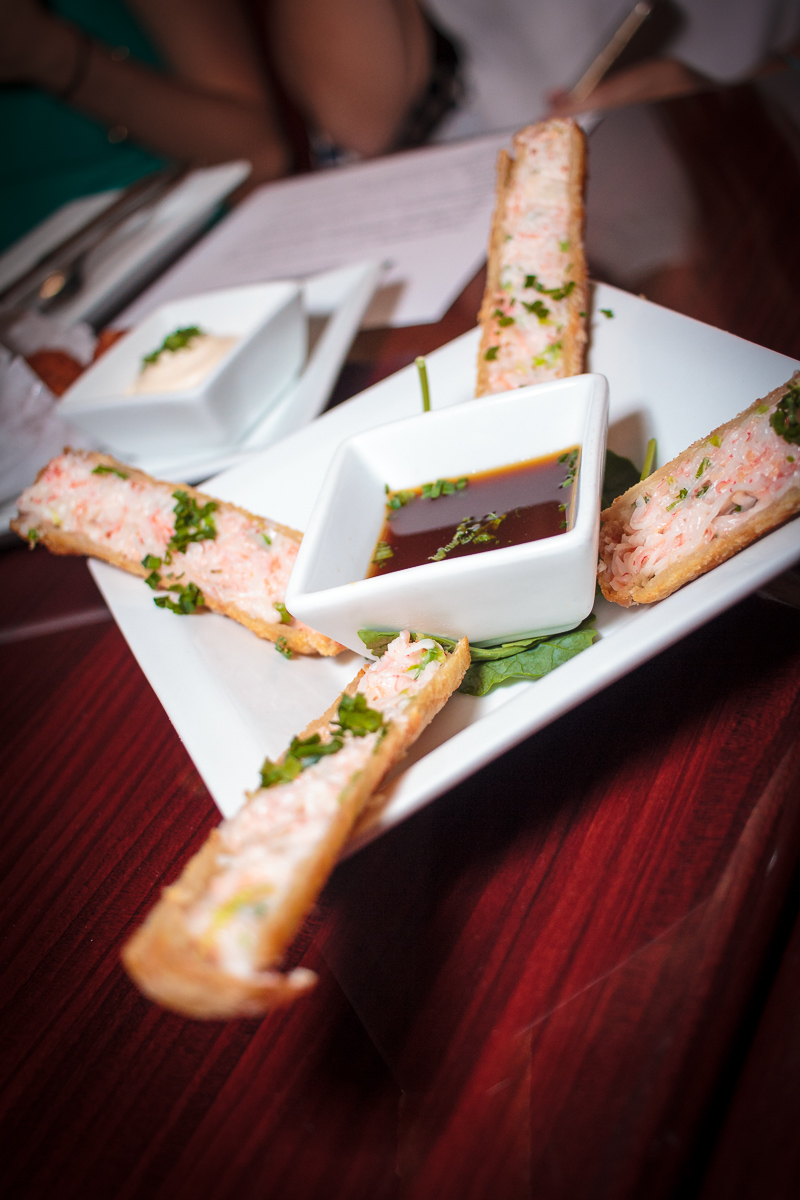 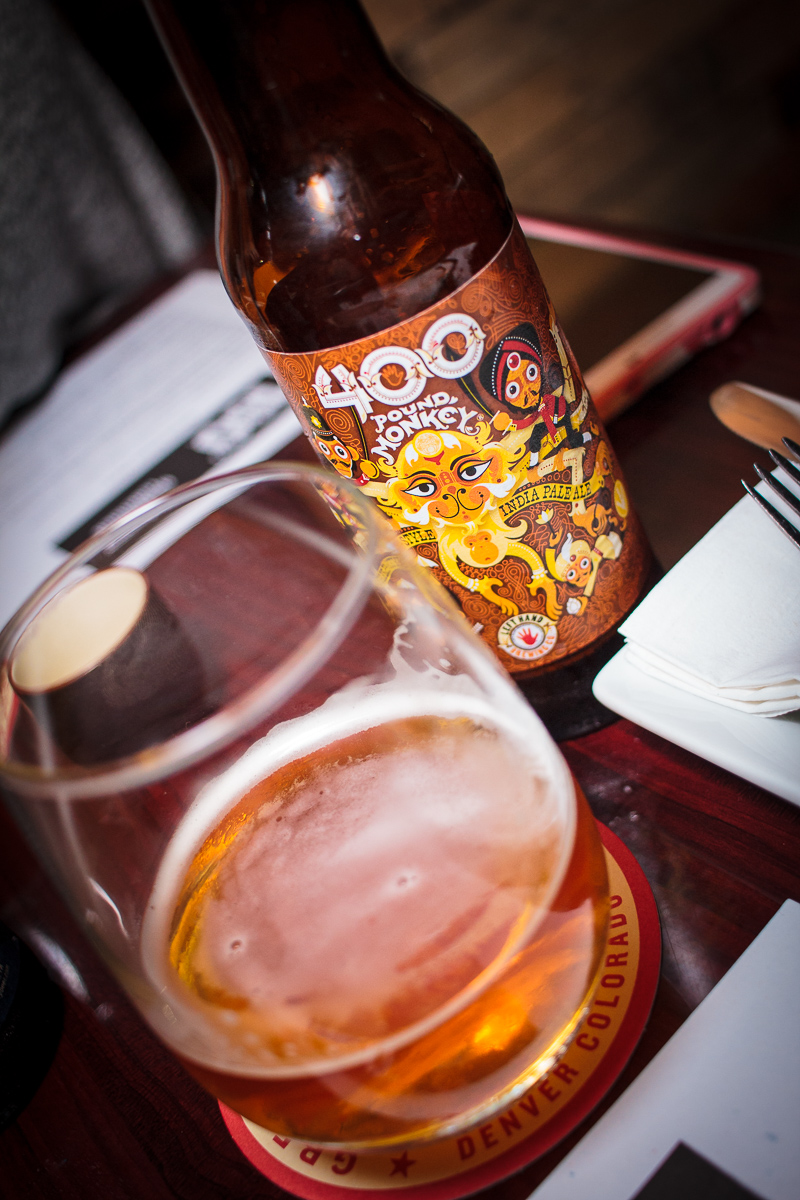 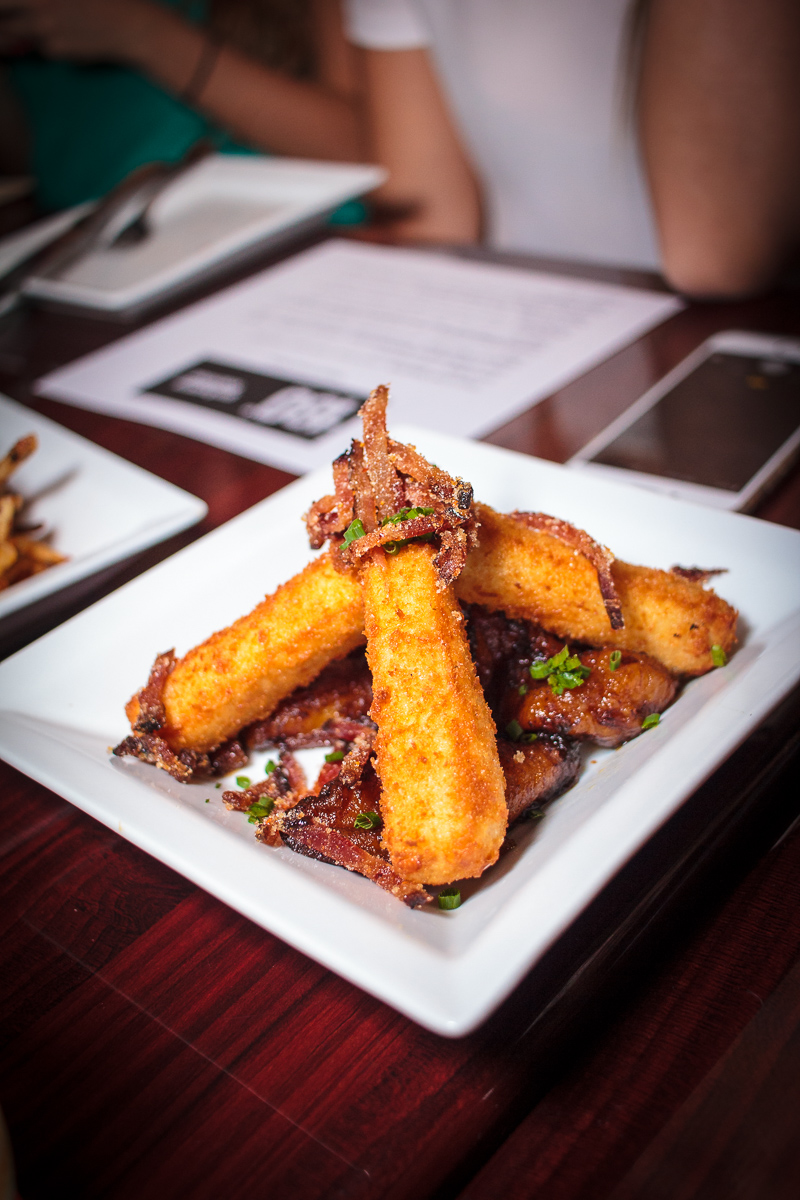 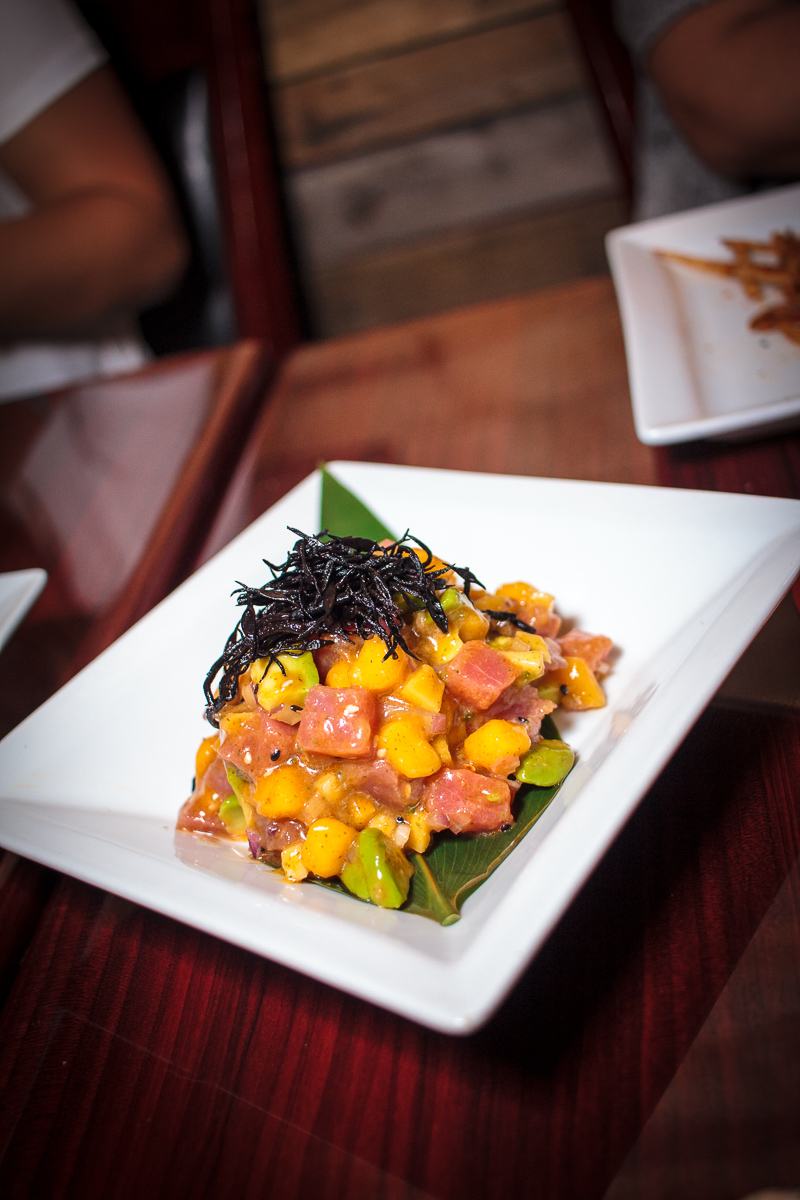 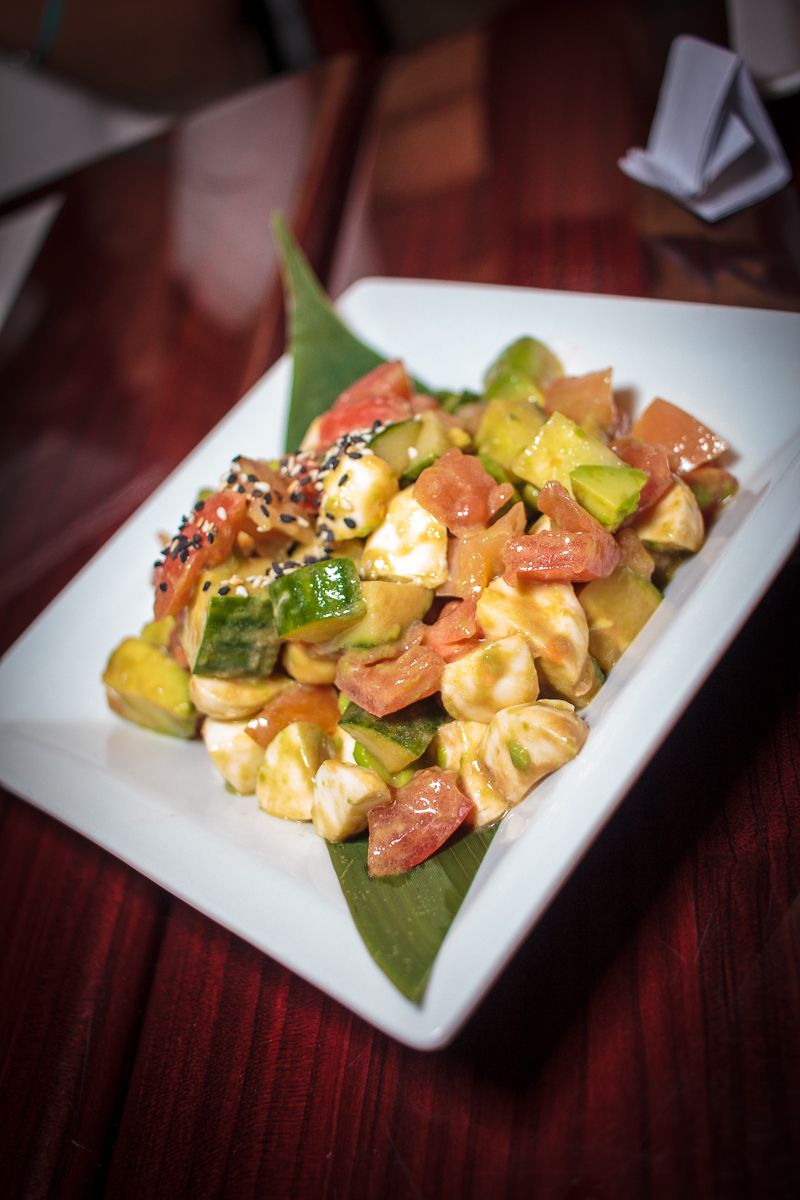 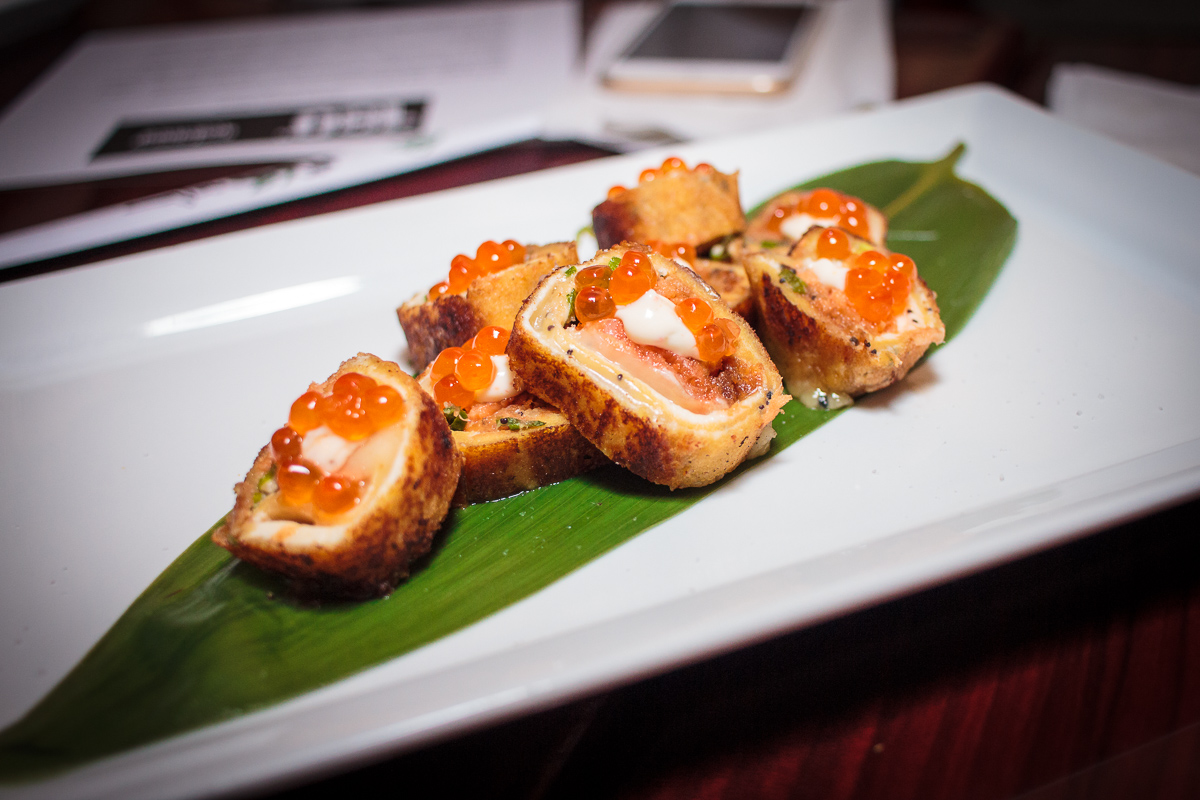 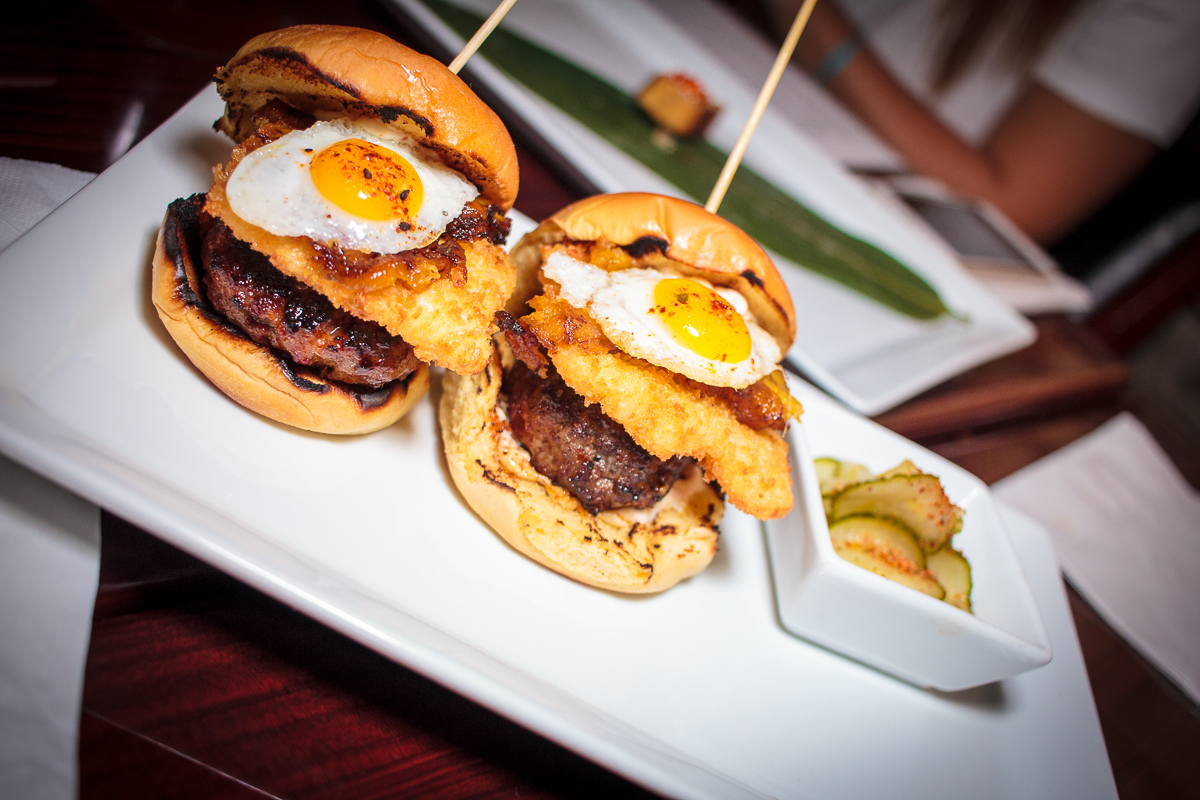 Above: “50/50 Sliders” A petite version of Miami’s best burger with chorizo, prime beef, queso frito, maduros, a fried quail egg, and lime aioli. (Be sure to get the matchstick truffle fries on the side.) 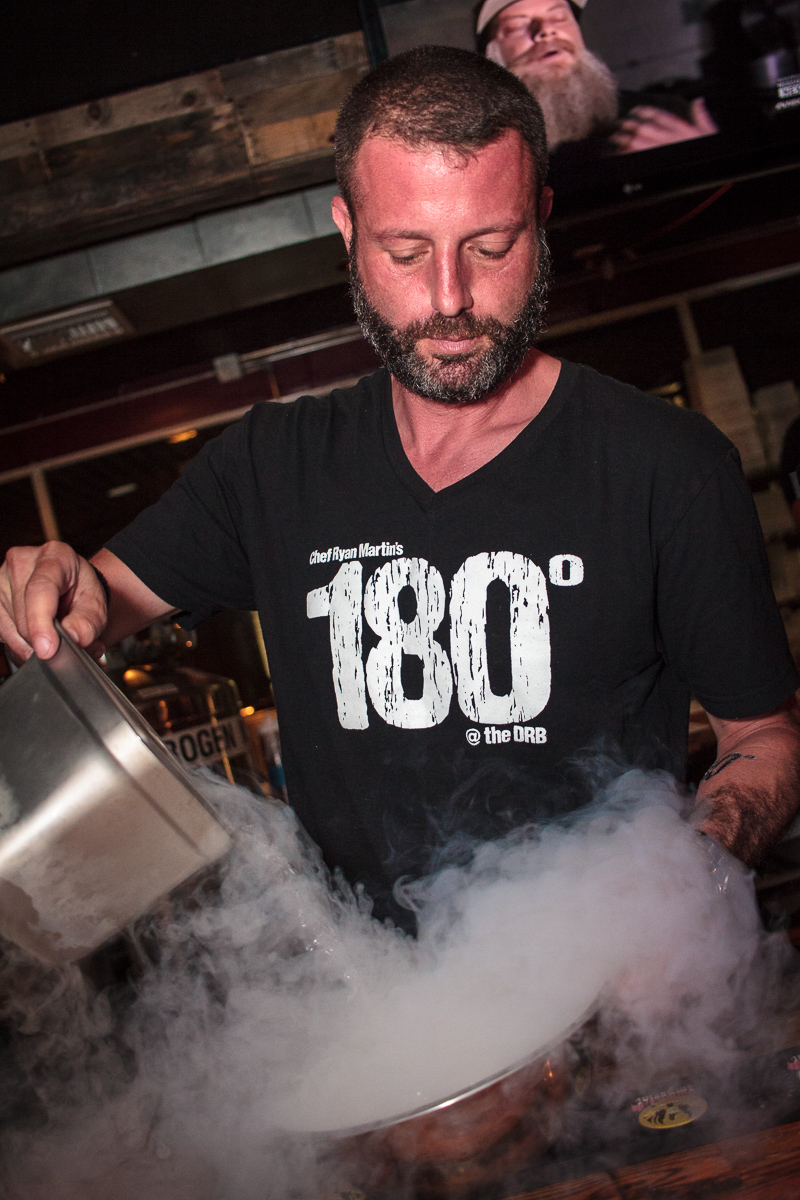 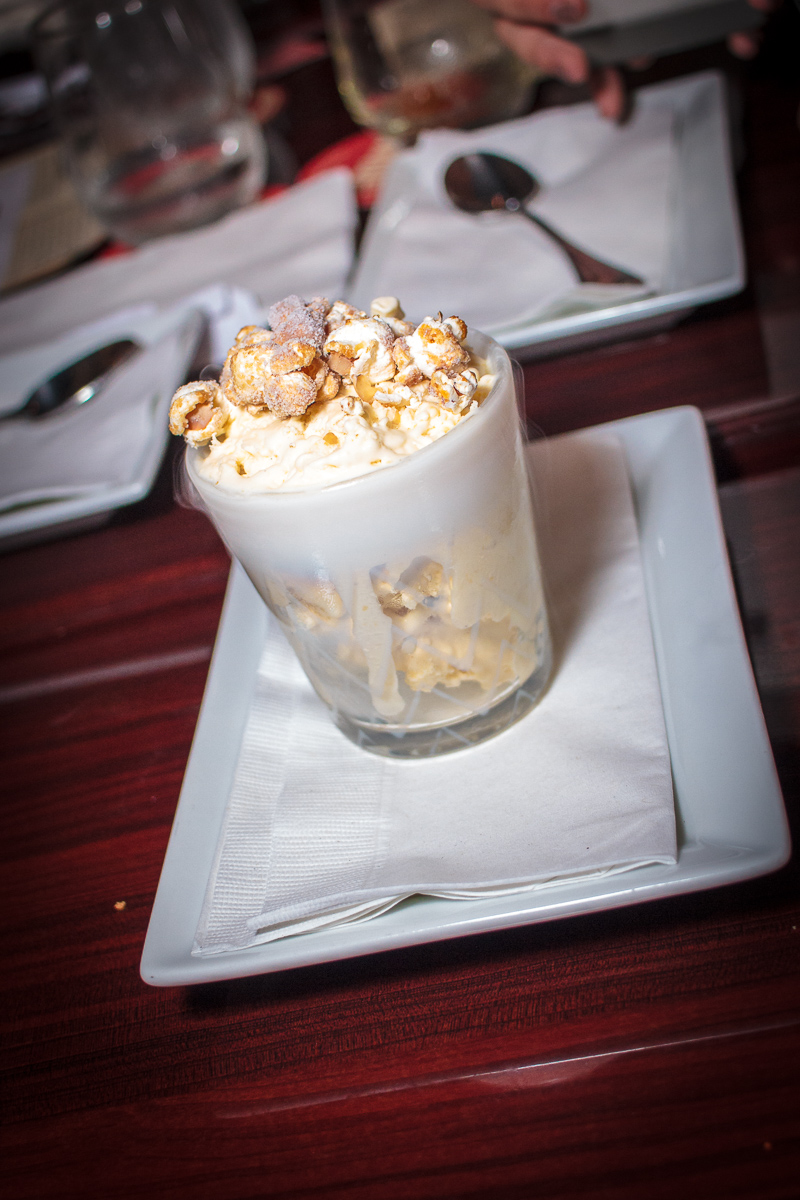 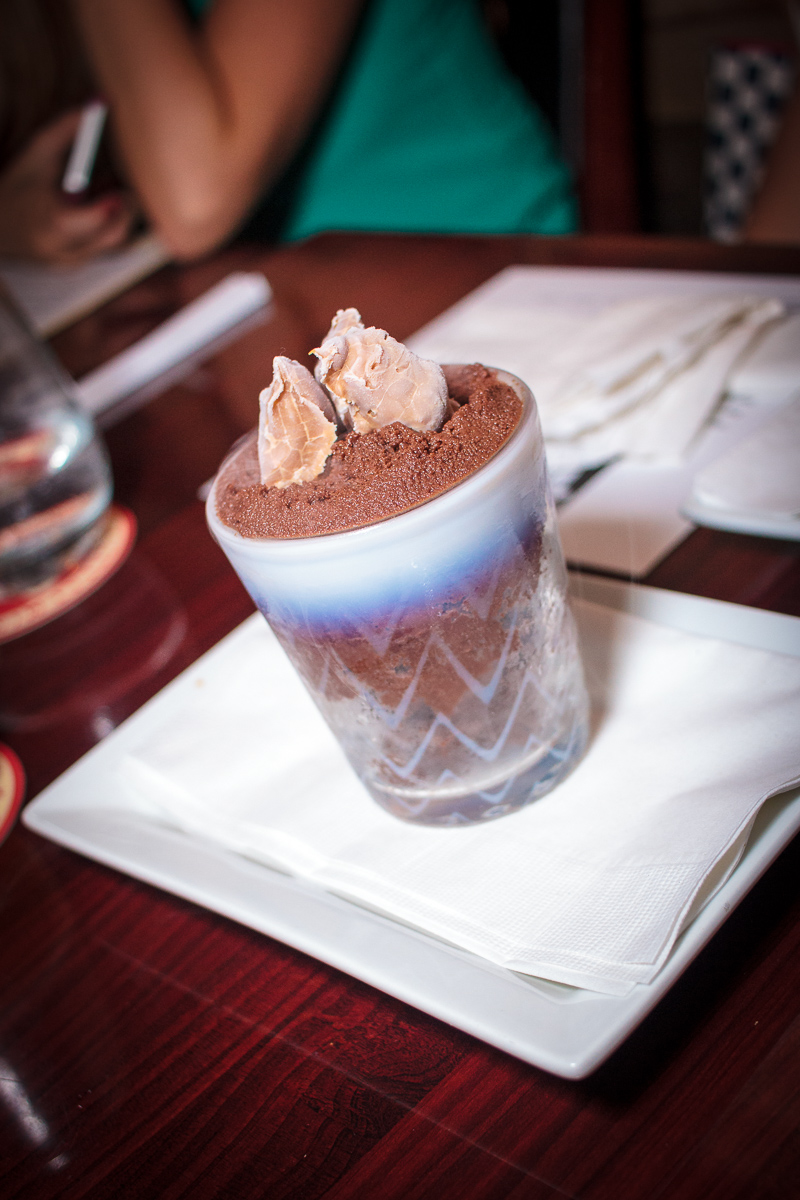 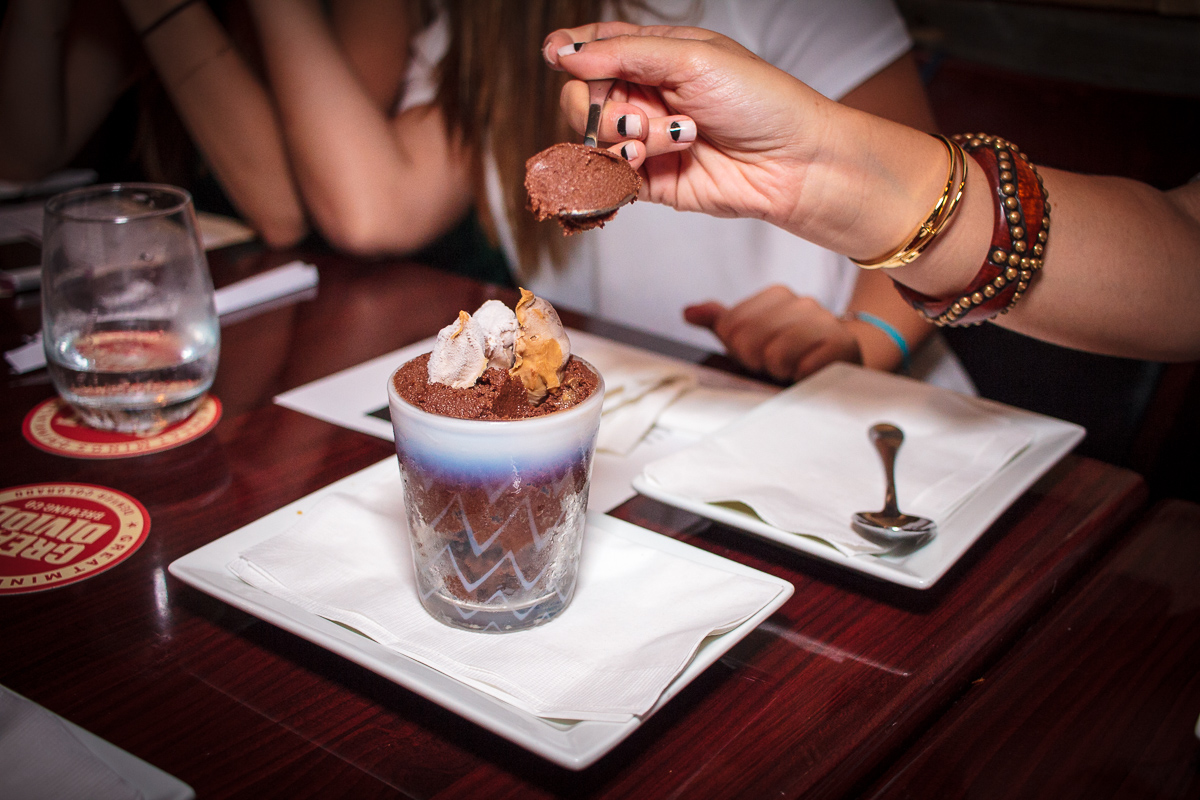 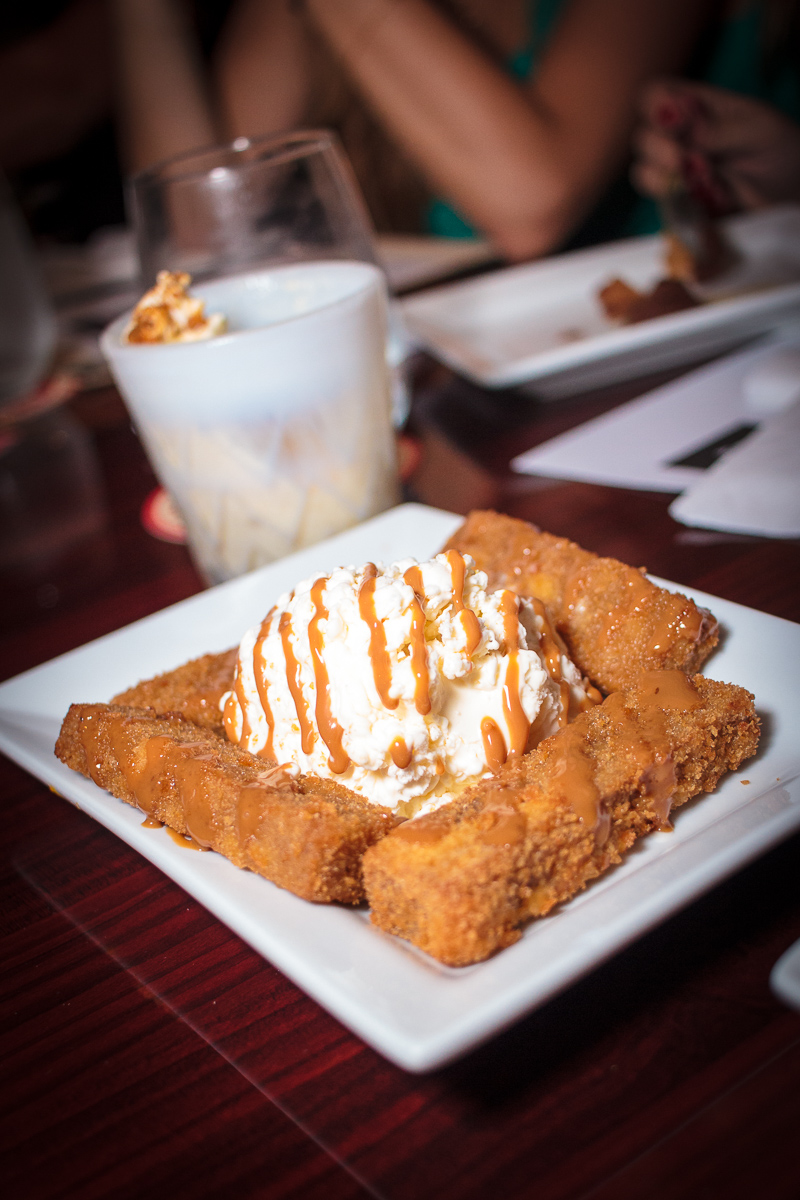 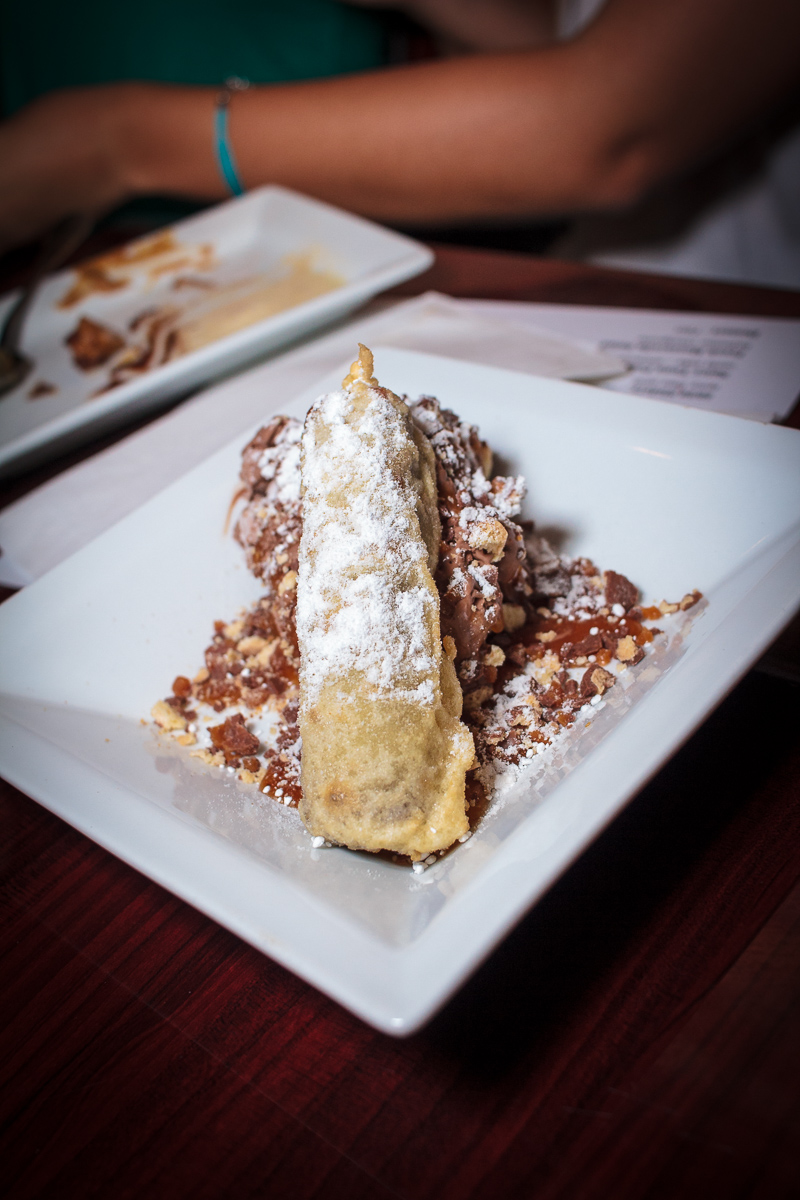 Above: Dessert changes daily but I’ve yet to be disappointed. Try anything and order two spoons.